Showing posts from October, 2015
Show all

October 28, 2015
I raced Fruitlands Cup of Cyclocross on Saturday.  It went very, very badly.  Apparently not sleeping, not eating, and not riding for a week and then riding the most physically demanding cross course in New England is not a good plan.  I was sad from the gun and got sadder.  My major achievement was not dropping out in the hope of "getting open" for Orchard Cross, The Biggest Grassroots Race in New England (tm),  the following day.

It certainly made me appreciate riding quite a bit better on a quite a bit easier course.

Rumors that Orchard Cross was much more power-oriented than years past proved to be a bit overblown -- I thought it still felt much closer to "balanced" that "disgusting roadie power fest and I hate you guys."

The holeshot was a total downhill sketchfest on tractor ruts.  I survived.  I might have advanced my position (27th?  seriously I am staged 27th in a local 1/2/3 this is what I have become?!?!) a bit in this p…
1 comment
Read more 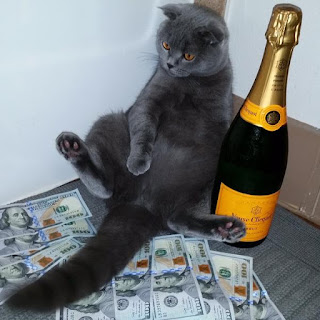 Last weekend Christin and I went on and adventure to the Mid-Atlantic, because there was a UCI doubleheader four miles from where she had to be for work that week.

Mid-Atlantic UCI racing is an exotic thing that I rarely sample.  It is a mysterious land of single tape, @gregwhits, and a healthy scrubzone full of dudes I have never raced with before.

But!  Lest you measure your race quality in double-tape, let the record show that the day one HPCX course was DOPE.  There was a lot of turning and a lot of climbing, but somehow the climbing was broken up enough to be shockingly tolerable, except the finish straight which was just a good old fashioned WOW THIS HURTS section.

I drew a crappy start spot but nailed the clip-in and was shortly having to back off before I accidentally passed someone who was actually good and got in their way soon after.

Then some dudes tangled going into turn one and a lot of us put feet down and that was the end of my good start.

October 15, 2015
Mansfield Hollow
I found out this year that Ron, the Mansfield Hollow promoter, first ran this race in 1983.  This race is ONE YEAR YOUNGER than me.  Apparently there were a few years in the 90s that it didn't happen, so it's not the longest-running race in #NECX (I think that would be Putney, right?), but still.  32 years and counting of a surprisingly good course on the shores of some artificial lake in middle of nowhere, Connecticut.

Because the race is 32 years old, it doesn't buy into modern BS like crossresults staging, so we lined up in proper scrum fashion, and I missed the scrum.  So that was back row out of almost 40 guys.

And the holeshot was like a 12 second sprint into one of the twistiest parts of the course so... at the back I stayed, more or less.

Then we got to the downhill angled flood-control-log hop and I yelled "hopping in traffic, let's get wiiiiiiild" at Jesse and he repaid me by bobbling his hop and kind of sitting down on my front wh…
Post a Comment
Read more

October 08, 2015
Hey guys!  Remember me, the guy who used to have time to doing things in September?  Because I don't.  Between putting on the best night race not named "Midnight Ride", accidentally starting a sanctioning body, and trying to get my threshold power back to something that lets me finish a UCI race... Septembers are pretty hectic.

You should watch the first 30 seconds just to see how ludicrously good my start was.
GP Gloucester Chainstay Cam 2015 from colin reuter on Vimeo.

I drew a decent callup (44th/85, I think) but I had GLOUCESTERHYPELEGS so when the sea of dudes parted a little bit, instead of thinking to myself "you belong here in the 40s," I dropped a billion watts and rode up until I was a few wheels behind Jamie Driscoll.

Then there were some bottlenecks which let me recover a little, and then some guys crashed, and then I was in 30th or something at Gloucester which was a much better place to be afte…
Post a Comment
Read more
More posts